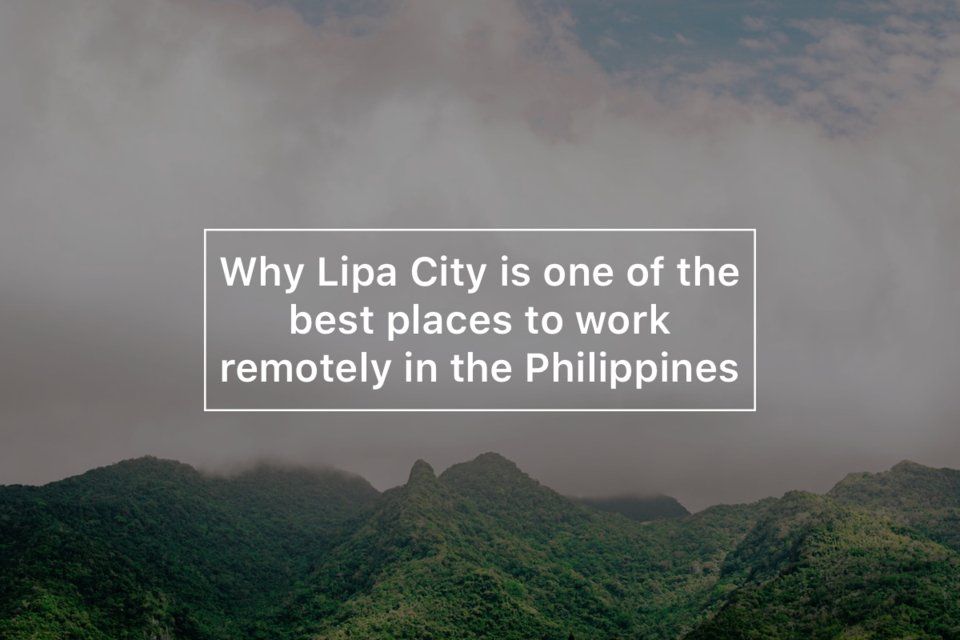 Lipa City is known for a lot of things. It’s called the Little Rome of the Philippines because it’s home to some of the most beautiful and miraculous churches. It’s also known for its lomi and goto. Of course, it’s known for its Kapeng Barako.

Here’s something you may not know that a lot of Lipa City-based remote workers already know — it’s one of the best places to work remotely in the Philippines.

These things will convince you to move to Lipa City for your remote working career:

It’s not Baguio-cold, but it’s close! This is thanks in part to its 1,025 ft above sea level elevation.

The average daily temperature during the hot season of April 5 to June 3 is a little over 30 degrees Celsius. That’s about a couple of degrees lower than in Manila. It’s less humid as well!

It’s during the cool season of November 23 to February 15 that will make you wear your jacket. It’s when the average daily temperature is at a cool 27 degrees Celsius. Don’t be surprised to wake up in the middle of the night looking for comforter in 19 degrees Celsius weather!

We’ve talked about the lomi and goto and we’re just getting started. Lipa City is a foodie paradise. People from nearby cities and even Manila actually go to Lipa City to eat. It’s home to homegrown, national, and even international food brands.

You don’t even have to leave your home office to eat. You can have food delivered to you via foodpanda, ALA EHxpress Delivery Services, and other delivery services.

Of course, let’s not forget the famed Kapeng Barako. It will keep you up all night when you need to beat a deadline.

You’ll feel right at home. Lipeños are among the friendliest Filipinos you’ll ever meet. Most people are willing to help anyone in need. In fact, the present COVID-19 crisis is proof that Lipeños are a friendly bunch.

The low crime rate is comforting as well.

Lipa City is the gateway to virtually anywhere in the Philippines and even the world. Metro Manila is about a couple of hours away via the STAR Tollway and SLEX. The airport is about an hour and a half away. There’s also the Batangas Port.

Fast and reliable Internet and infrastructure

This is important to you, and it’s good to know that Internet in Lipa is fast and reliable. This is why it’s not a surprise to see coffee shops here that offer fast and free Internet. They can serve as your office away from your home office.
Lipa City is regularly included in the list of Next Wave Cities thanks in part to its infrastructure. You can easily set up shop here.

Work and Play in Lipa City

The benefits listed above show you that you can work and play in Lipa. It truly is one of the best places to work remotely in the Philippines. 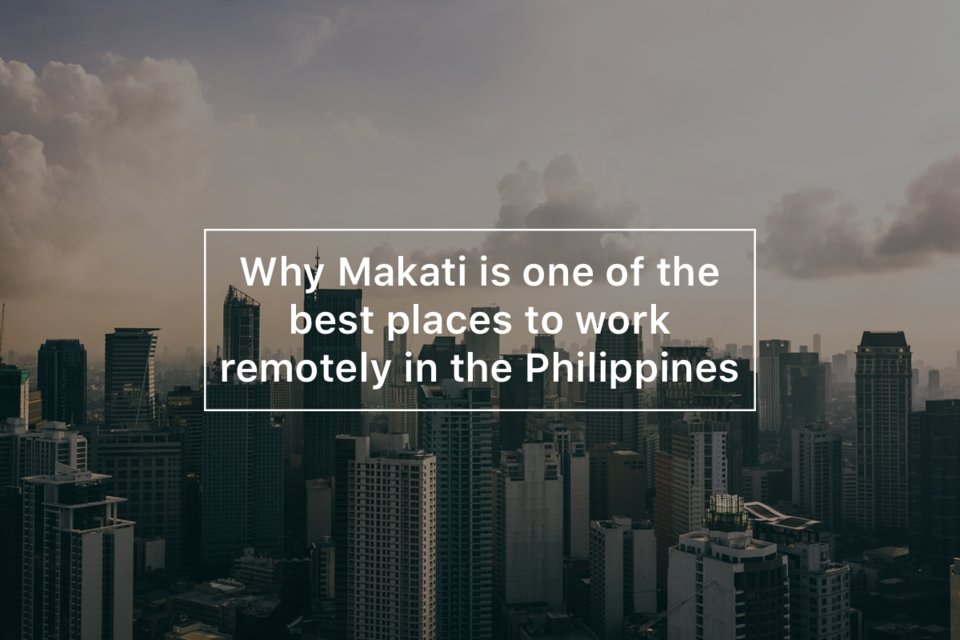 Makati is known as the central business district of Manila. If you want to work remotely in the Philippines, then Makati is one of the best places. Makati has a good infrastructure and many facilities are readily available. To give you a holistic overview, we will discuss some cons and pros of …

END_OF_DOCUMENT_TOKEN_TO_BE_REPLACED 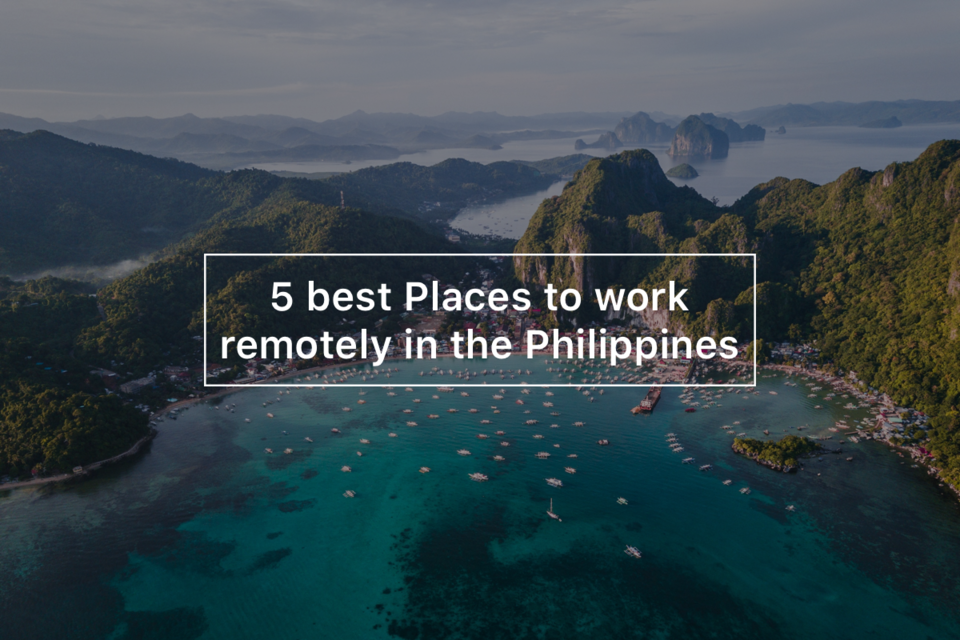 5 best Places to work remotely in the Philippines

The Philippines is one of the best countries for working remotely. The reason being that the cost of living is very low here compared to western countries. Eating out is very cheap and so are other day to day expenses. The people here are friendly and it is easy to find a place where you can work …